Working in deprived communities in Manchester

Since the end of 2015, Epiphany has been involved in a number of community projects in Manchester, working amongst people who have little to look forward to in their lives. In December 2015, we spent a weekend in Newton Heath, E. Manchester, playing Sound Portraits for several people from the local community, in the local library and one of the local Anglican Churches.

In January 2016 we were invited into Betel Manchester, to play Sound Portraits for staff and clients. All the people who live and work at Betel are recovering alcoholics or drug addicts. It was an enormous privilege playing for people who had reached rock bottom in their lives. We returned to Betel in September 2017.

Then in February 2016 we spent a morning playing Sound Portraits for asylum seekers who are clients of Boaz Trust in Manchester. Again it was a great privilege to play for people who have come from such desperate circumstances and to bring a little light and hope into their lives.

We've also had a number of days playing in special needs schools, for severely handicapped children and also for teachers helping teenagers excluded from mainstream schools in Manchester. 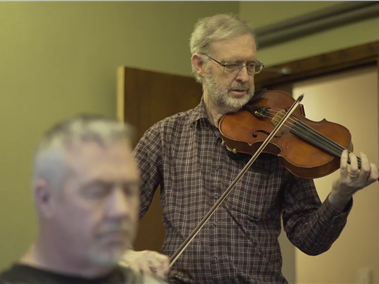